Would you like to get rid of spots on your skin that you are more concerned as you get older? If so, it is necessary to take care of them not only from outside but also inside.

However, sometimes we are not sure which medicine to choose from a lot of products at drugstores.

So, here is the sales ranking of medicine which effects on spots on your skin and is selling well at Japanese drugstores.

Which is Popular Medicine for Spots? Here is the Sales Ranking.

Based upon Urecon ranking data, popular medicine for spots and freckles have been picked up and are shown in descending order of sales. 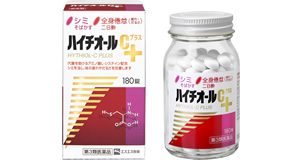 It is Hythiol C Plus that sells the most among nonprescription drugs for spots on your skin.

Anti-oxidant action of L-Cysteine and vitamin C suppresses excessive melanogenesis and develops a decoloring effect on spots and freckles.

This is also effective against rough skin, pimples, fatigue and hangovers, and popular among people of all ages, especially women in their 40s through 60s. 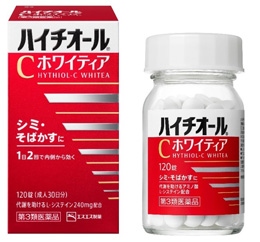 Hythiol C Whitia contains almost the same ingredients as Hythiol C Plus; the difference is the number of times of an administration.

Hythiol C Whitia needs to be taken only twice a day, in the morning and at night to have an effect, while Hythiol C Plus needs to be taken three times a day, so is recommended for those who is hard to find time to take medicine at lunch time.

This is good for those who has difficulty in taking big tablets since this tablet is relatively small. 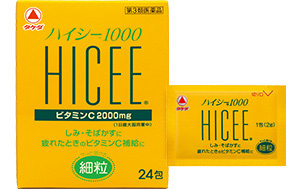 Vitamin C promotes the decolorization of eumelanin and is good as the first step to relieve blotches.  This is recommended for those in their twenties and thirties.

This is popular because it is easy to take and continue taking every day. 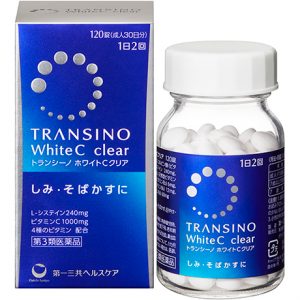 Transino White C Clear is medicine which includes 240mg of L-Cysteine and 1,000mg of vitamin C to suppresses excessive melanogenesis.

It also contains 4 kinds of vitamin; vitamin E, B2, B6 and nicotinamide, which not only decolors spots on your skin but also adjusts turnover and promote excretion of the melanin, so is suitable for those who would like to get rid of blotches they are more concerned as they get older.

You need to take this medicine only twice a day, in the morning and at night. This is popular especially among women in their thirties through fifties. 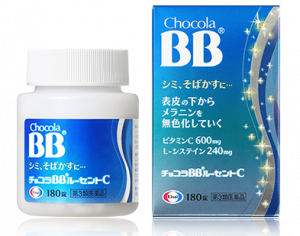 Chocola BB Lucent C is medicine which was developed to work on blotches you are more concerned as you get older.

It contains the same six kinds of ingredients as Transino White C Clear, but the difference is the content; especially it has more vitamin E, B2 and B6 which enhance the skin metabolism.

It acts on blotches as well as adjusting turnover, so it seems that you can retrieve the beautiful skin as you continue to take this medicine.

See 100 Vitamin C Preparations Including Medicine for Blotches and Freckles

Let’s Work on Your Blotches with OTC Drugs.

How did you like this article? The ranking of medicine for spots on your skin selling well at Japanese drugstores has been shown.

By taking medicine to prevent and work on blotches, let’s be a beautiful woman from inside!

※Each data is as of the date the Japanese article was released. Some products might have finished selling.