Which is Popular? Here is the Sales Ranking of Chips.

Based upon Urecon’s sales ranking data (up to 100), chips selling well at Japanese supermarkets have been picked up and are shown in descending order of sales. 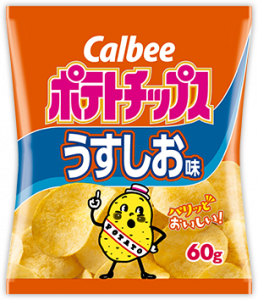 Calbee Potato Chips, Lightly Salted, which has been popular nationwide for a long time, got No. 1. Calbee’s unique crispness and simple saltiness could make people eat them every day.
Average price: 70 yen / 60g 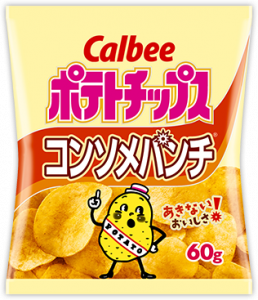 The second most popular potato chips are Calbee Potato Chips, Consomme Punch.
You cannot stop eating the chips with their rich consommé taste with flavor of meat and vegetables.
Average price: 70 yen / 60g 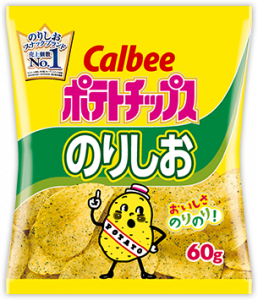 Chip Star, Lightly Salted, well-known for its red package, is popular.
Its simple taste added nothing unnecessary and its beautifully curled shape have not been changed since it was released in 1976.
Average price: 86 yen / 50g 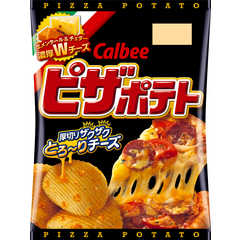 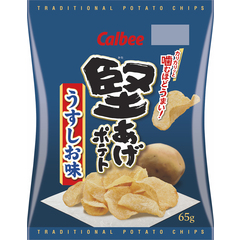 Crunch Potato is popular for its hard and crisp texture and simple taste like homemade one.
With its simple, lightly salted taste, you can enjoy the original taste of potatoes.
Average price: 93 yen / 65g 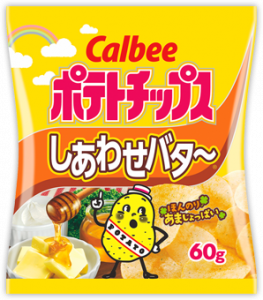 Calbee Potato Chips, Honey Butter is unique with its well-balanced, sweet and salty taste brought by butter, honey, parsley and mascarpone.
It is very popular, saying once you start, you can’t stop.
Average price: 74 yen / 60g 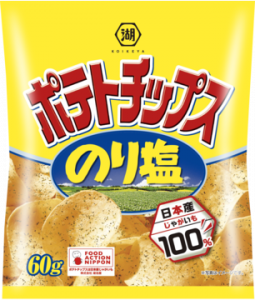 Koike-ya’s Potato Chips, Seaweed and Salt is a long-seller product with its history of over fifty years.
It uses two different types of seaweed called aonori and aosa, and you can fully enjoy its rich smell of ocean and umami.
Average price: 87 yen / 63g 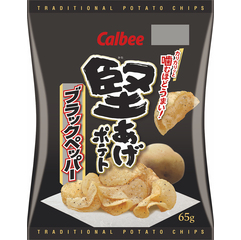 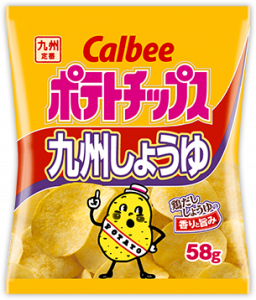 Calbee Potato Chips, Kyushu Soy Sauce is unique with its smell and umami brought by sweet soy sauce. Once you put them in your mouth, you can enjoy the taste of rich, sweet and salty soy sauce and richly flavored chicken broth.
※Only sold in Kyushu and Chu Shikoku Area.
Average price: 63 yen / 58g

Have You Found Your Favorite Chips?

How did you like this article? We introduced the sales ranking of potato chips selling well at Japanese supermarkets.
There are so many kinds of potato chips on market. We hope you find your favorite one among various kinds of products including regular flavors; lightly salted, consommé and seaweed and salt.

©Urecon powered by TRUE DATA
※Data from December 1, 2017 to February 28, 2018
※Each data is as of the date the Japanese article was released. Some products might have finished selling.
※Urecon (https://urecon.jp/) is publishing market trend data for the latest three months.