On hot summer days, don’t you have a sudden urge for cold noodles such as somen, fine noodles, and udon, wheat noodles? Mentsuyu, noodle soup base is essential for those cold noodles. Japanese supermarkets have a wide variety of mentsuyu, which might make you wonder which you should take.

Which  Mentsuyu is Popular in Japan?

Here is the 10 Best Mentsuyu, Noodle Soup Base Ranking! If you are not sure which product you should choose, please take a look at this!

Based on Urekon Ranking Data, we have picked up recommendable products from Mentsuyu that sold well in supermarkets last summer time. 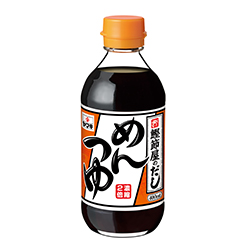 Yamaki’s Mentsuyu is selling best among others. Its manufacturer Yamaki originally handled dried bonito, and their well-chosen dried bonito realizes their own richly flavored broth which brings out the flavor of noodles. This is noodle soup base double strength. 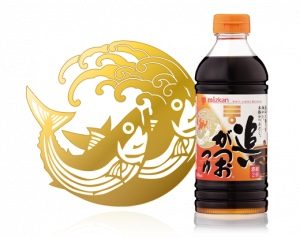 Mizkan’s Oi-Gatsuo Tsuyu uses professional technique for Japanese cuisine that generates soup base from bonito twice. It contains shavings of dried bonito, which brings about dried bonito broth’s umami and aroma. Since it is less sweet and rather plain, it can be used not only as noodle soup base but also as a seasoning for boiled dishes. This is noodle soup base double strength. 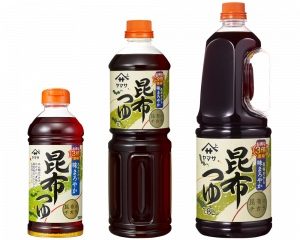 YAMASA Kombu Tsuyu’s feature is its mild taste which is brought by its seasoned soup of tangle seaweed. Blending soup stock from tangle seaweed with one from boiled bonito makes its mild and rich taste. This can be used not only as Mentsuyu, noodle soup base, but also dipping sauce for tempura and seasoning for boiled vegetables. This is economical noodle soup base triple strength.

No. 4 Ninben, Tsuyu no Moto

Tsuyu no Moto is condensed soup base, which consists of well-balanced soy sauce of high quality and soup stock from dried bonito and tangle seaweed. Its aroma and rich taste is brought by special-grade soy sauce, which accounts for more than 40% of ingredients. No preservatives are added.

Kikkoman’s Koi Dashi Hon Tsuyu is condensed soup base with thick soup stock and rich aroma. Its thick soup stock makes simple noodles such as somen and zaru-udon tasty. Its bottle is unique and easy to adjust the thickness of soup base. This is economical noodle soup base quadruple strength.

This is straight soup base for somen, whose ingredients are best suited to somen. No chemical seasoning is used, and its feature is its rich soup stock from dried bonito shavings from Yaizu. 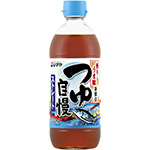 You can enjoy Shimaya’s Tsuyu Jiman Straight’s authentic taste without adding any water. Its feature is great taste with dried bonito’s aroma and umami.

This product is a long-seller, more than 40 years old. It is popular because of its well-balanced taste with its aroma, richness and umami. It is convenient, straight soup base, and you do not have to add any water. In addition to its value pack, 500 ml bottle, canned products for single use are well received.

This straight soup base with dried bonito shavings from Makurazaki in Kagoshima Prefecture is for zaru-soba, since it has strong fragrance. Its authentic taste from its soup stock from fresh dried bonito flake without an extract of dried bonito is quite popular. 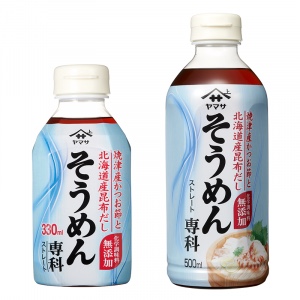 This is straight soup base for somen which has great taste with flavor of blend soup stock and moderate sweetness. It uses first-brewing of soup stock from dried bonito from Yaizu and soup stock from tangle seaweed from Hokkaido without any chemical seasoning. Its rich and mild taste is a great fit for somen.

Have You Found Good Mentsuyu for You?

How did you like this article? A wide variety of Mentsuyu has been released by different manufacturers. We would like you to look for a right Mentsuyu for your family and yourself.
©Urecon powered by TRUE DATA
※Data for 2016 is based on Urekon Tsuyu category ranking data from June 1 to August 31, 2016.
※Each data is as of the date the Japanese article was released. Some products might have finished selling.
※Urecon (https://urecon.jp/) is publishing market trend data for the latest three months.