Are you in trouble over odors of bath towels and clothes, which are hard to remove by washing, or those from not fully dried washings indoors? Such odors must make you unhappy.

Then fabric softeners will help you. Those with deodorant effect prevent propagation of bacteria and odors of clothes and washings indoors. 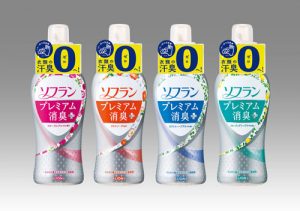 SOFLAN Premium Deodorant Plus which has high deodorant effect is one of the most popular products among a wide variety of fabric softeners.

Triple deodorizing technologies including patented Nano Deodorant Component completely block odors of clothes. They are effective against odors of clothes soaked with sweat such as kids’ physical exercise uniforms, sports wears and shirts, those of not fully dried washings indoors and the smell of tobacco.
Its natural fragrance brought by natural aroma oil is also liked. Four kinds of fragrance including the most popular Floral Aroma are available. 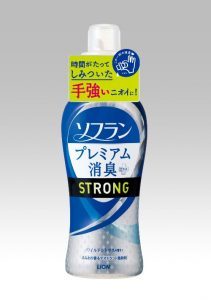 The strong type of SOFLAN Premium Deodorant Plus has been released.

In addition to LION’s unique triple deodorizing technologies, the perfume component that is effective against sweat smell and body odor is newly blended. This makes it possible to deodorize strong-smelling things such as bath towels and sports wears. If you are in trouble with obstinate smell, you should try this product.

It has fresh Wild Citrus fragrance. 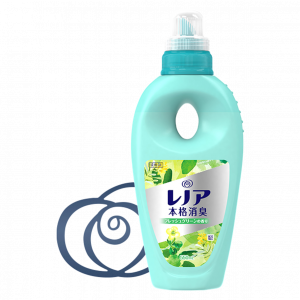 Lenor Honkaku Shoshu is a quite popular fabric softener, which completely deodorize clothes without covering them with aroma.

By product renewal in April 2018, its antimicrobial power increased by fifty times. Since it is possible to eliminate bacteria causing odors, which used to be quite difficult, odors from sweat are felt never and ever. Moreover, this product dries washings quickly; this is why it is recommended to those who are in trouble with odors of washings indoors.

Three kinds of fragrance are available including quite popular Fresh Green.

If you are in trouble over odors of sweat you feel during and after playing sports.

Compared to Lenor Honkaku Shoshu, some 180% of deodorizing components are contained in this product, and it has the strongest deodorizing power among Lenor fabric softener series.

Though sweat odors during playing sports have hardly been removed, now it is possible to deodorize them on the spot and make yourself more comfortable. 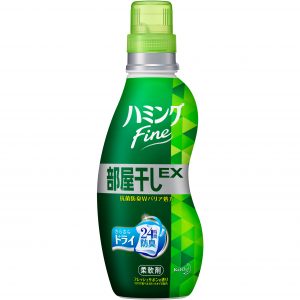 Its Deodorizing Double Barrier Effect deodorizes half-dry smell not only during drying washings but also while wearing clothes, which keeps people refreshed all day.

This product is preferred because of Humming’s unique fluffy finishing and fragrance of Fresh Savon by natural aroma oil.

Have You Found a Good Fabric Softener?

Fabric softeners with deodorant effects inhibit unpleasant odors as well as provide washings with fluffy and pleasant finishing.
If you are in trouble with odors of washings, please try one of these products.